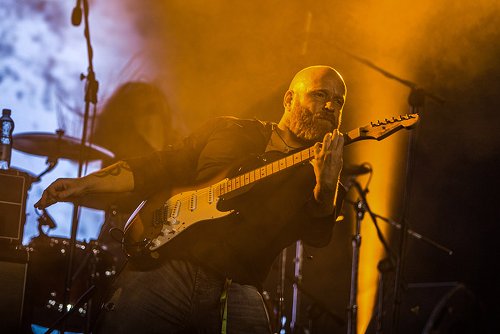 Originally a duo, dark progressive art-rock outfit Antimatter has been the solo project of singer-songwriter/founder-member Mick Moss since 2005 and the subsequent release of the breakthrough album ‘Leaving Eden’. Since then, album ‘The Judas Table’ was declared ‘Album Of The Decade’ by Dead Rhetoric, promo video ‘The Third Arm’ was nominated for Prog Awards ‘Video of The Year’ and Moss also found the time to moonlight his signature baritone vocal onto the official Armenian Number 1 single ‘Broken Smile’ (The Beautified Project). Now over 20 years since Antimatter’s formation, and 7 studio albums in, there seems to be no sign of slowing down. Back for 2022, and after a two year live absence, Moss’ project returns to the concert arena for festivals and a full European Tour in the Autumn of 2022.